If you're a real wine lover, join our Shiraz VIP Club.

When placing your order below, pull down the menu to see your ordering options. If you'd like our Premium Shiraz delivered to your door every month, simply choose the "Every Month" option under the Order Frequency menu. 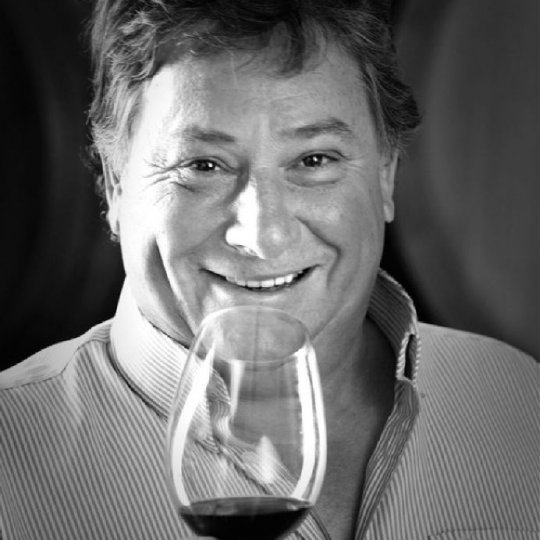 Walter has been making wine for over 30 years and is widely considered one of Australia’s most outstanding winemakers. He is the only winemaker to have won the coveted Dan Murphy Trophy three times.

During the 20 years that Walter owned Ingoldby Winery, he amassed a total of 37 trophies and 130 gold medals. Another of Walter’s accolades was to be crowned King of the McLaren Vale Wine Bushing Festival for producing the most outstanding wine in McLaren Vale

In 2011 Walter was the recipient of the George Mackey Memorial Trophy for producing the best wine exported from Australia. The 2009 Hedonist Shiraz beat all comers from a total of 14,000 wines exported in 2010.

For our 2010 Exemplar McLaren Vale Shiraz, Walter selected the fruit from his own vineyard. This vineyard follows biodynamic principles, eliminating the use of pesticides and herbicides. The vineyard yielded approximately one and a half tons to the acre. The wine spent two years in American Oak barrels before being bottled, labelled and packaged. This produced 650 dozen bottles. James Halliday is recognized as Australia’s pre-eminent wine
critic. Here’s what he had to say about Exemplar in the 2013/2014
Wine Companion.

“If all are as good as the first wine released, there is much to look forward to. ”
— James Halliday

Where is the McLaren Vale region?

Nestled between the Mount Lofty Ranges and the Gulf Saint Vincent, lies McLaren Vale. It is one of South Australia’s most fertile agricultural lands. A diverse range of fruits, vegetables and nuts are grown on the prime lands of McLaren Vale. However McLaren Vale’s climate and ancient soils merits the production of many wine grape varieties. Of these varieties, it is the McLaren Vale shiraz that has emerged as the most revered and celebrated export from the region. The Palmarium Exemplar Shiraz is a super premiumshiraz from McLaren Vale.

While a majority of tourism to the McLaren Vale is associated with wine aficionados or connoisseurs, it is also full of culture with restaurants and cafes serving regional produce, amid a scenic backdrop.

What is McLaren Vale best known for?

The McLaren Vale wine region is well known for its dry red wines. Widely considered the birthplace of the South Australian wine industry, McLaren Vale boasts some of the oldest grape vines in the world.

More than 80 vineyards operating across 19 different districts call McLaren Vale home. All considered, over 7,500 hectares of McLaren Vale are under vine, with most vineyards being found on gently undulating land around 100m above sea level. Half of the region’s vineyards are dedicated to shiraz, however ultra-premium Mediterranean varieties such as Fiano, Vermentino, Tempranillo and Sangiovese are also produced and well received. Unsurprisingly, of all the grape varieties produced, it is the McLaren Vale shiraz that stands above the rest.

McLaren Vale’s diverse geologies encompass over 40 arcane soils, which have all withstood the test of time since the last Ice Age. These arcane soils, which range from dark cracking clays, red-brown earths, terrarossa and sands, all share one common characteristic—all drain freely and have poor water retention. The free draining soils, sparse rainfall and warm summers contribute to the intensity of the shiraz resulting in wine with a deep burgundy color and excellent ageing potential. However, the diverse vines, soil types and winemaking ideologies means that every McLaren Vale shiraz has a different signature that reflects the concerted symphony of soils, winemaker and the clone.

Aside from the spectacular shiraz, McLaren Vale being a short road trip from Adelaide has many attractions that it is known for. Wine aficionados who want to appreciate the different signatures can make the pilgrimage to Willunga on the Shiraz Trail. And every Saturday morning, visitors to the Willunga Farmer’s Market can indulge in the community’s gastronomic culture, with cheese to organic fruit and chocolate being sold. Otherwise, visitors can enjoy the natural, breathtaking scenic coastlines and sandy beaches.

McLaren Vale’s climate resembles the Mediterranean, with four distinct seasons. Temperatures are consistent enough perennially to ripen all varieties across the region. As a result, winemakers across McLaren Vale have been able to cultivate a diverse portfolio of varieties. With the fresh sea breeze from the Gulf Saint Vincent to moderate temperatures across the growing season, extremities such as frost and drought are rare.

The hot and dry summers encourage maturation of the grapes, for full flavour richness. This results in the characteristic intensity of grapes, such as the shiraz. At the same time, winds from the hills surrounding the Mount Lofty Ranges cool grapes, helping it to retain acidity.

Limited rainfall that is delivered towards the end of winter results in especially small berries. As a result, a higher concentration of flavanols and pigments is yielded from the skin of the shiraz, giving it an unparalleled intense edge.

The 2010 vintage is arguably the best within the last decade. Above average rainfall in winter has established healthy canopies and permitted water retention to the soil. Salt accumulation from the top soil was leached and soils maintained even moisture for the ripening period. Meanwhile, the intense heat and drought during the summer run-in to the veraison has allowed the grapes to mature well. The end result is the bespoke Palmarium Exemplar McLaren Vale Shiraz that is produced from selected grapes with thick, dark skins and good tannin levels that are abundant in deep flavours and aromas.

Giving it a rating of 95 out of 100, fellow winemaker and respected critic, James Halliday AM described the 2010 Vintage as,
“Deep, dense purple-crimson; the blackberry, black cherry, licorice and bitter chocolate quadrella is as deep and intense as you might imagine; the palate is either velvety or thick, depending on one’s viewpoint. The product of a great vintage that will live for decades.”

The Palmarium Exemplar McLaren Vale Shiraz of 2010 has been recognized with two a Gold Medal in the China Wine Awards and a Gold Outstanding at the IWSC in London, the highest medal you can win. Being awarded the highest caliber of medals has indicated that our contemporaries rank the Exemplar McLaren Vale Shiraz amongst the best Australian shiraz, if not, the best. If you do elect to purchase this, you like James Halliday, will be left inspired.

Who is the winemaker of Palmarium Exemplar McLaren Vale Shiraz?

Palmarium has chosen Walter Clappis, the man behind the classic 2010 The Hedonist Shiraz, to produce Palmarium’s Exemplar McLaren Vale Shiraz. Starting in the industry over 30 years ago, he is widely regarded to be one of Australia’s most outstanding winemakers. His experience and practice of traditional winemaking such as basket press and open fermentation, is combined with contemporary biodynamic and sustainable methods that focus on soil health. This means you will enjoy a contemporary interpretation of the shiraz that pays homage to its predecessors.

Clappis is celebrated in Australia’s winemaking industry and has earned countless awards including the prestigious George Mackey Memorial Trophy with his 2009 The Hedonist Shiraz. This was also awarded Australia’s best export wine of the year from almost 15,000 wines.

What food would pair well with this wine and why?

We believe you can enjoy this wine with or without food. For some, wine isn’t all about flavours and aromas. Wines should be enjoyed with loved ones and those closest to you. Wines should be an experience made even better with a great meal.

A rich, textured wine like our McLaren Vale shiraz complements foods such as roast beef  served rare. Slow cooked beef or lamb stews. For the more adventurous try kangaroo or venison. These meats complement perfectly with our shiraz. If meat isn’t on the menu try a sharp cheddar or a soft blue.

Wine is subjective so if you want to drink shiraz with fish or chicken…….goright ahead!

How can I buy the wine?

A large market for our wines is corporate gifting. For bulk order enquiries please fill in your details via the ‘Bulk Order Inquiry’ tab at the top of our website or give us a call to discuss further. We welcome any opportunities to market our wines to corporates. If you’d like us to come into your office and present our wines to you and your colleagues, we are more than happy to come in for a tasting.

An example of this was PWC partners ordering in bulk for their clients Christmas gifts. They sent us their clients postal address with a personalized Christmas card. These wines are always well received. We do offer a special corporate rate.

Palmarium chooses to use Sendle as our carrier. Sendle is a registered B Corp and Australia’s first carbon neutral service partnering with South Pole Group.

Once your order is placed, we pick and pack and notify Sendle that your order is ready to be picked up. Generally, same-city deliveries are overnight. Other cities around 2-3 days. Please note that if weather temperatures are extreme we will not send out your order on that day. You will be notified if this is the case.

Sign up to our VIP Club to receive special offers and promotions. If you sign up to our monthly subscription and spend a minimum of $300 per month you will receive free shipping and a 15% discount on your purchase.

Make sure you also follow us on our social accounts to keep up to date with what we are doing at Palmarium.

There are no reviews yet.

Only logged in customers who have purchased this product may leave a review. 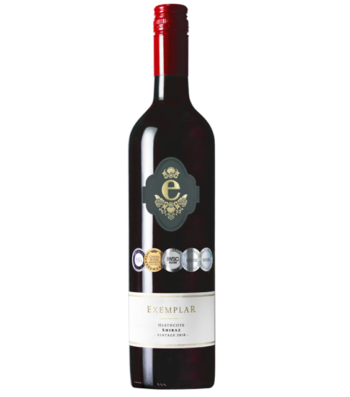 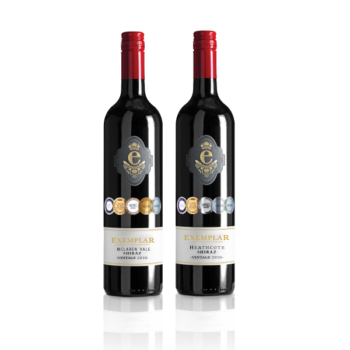